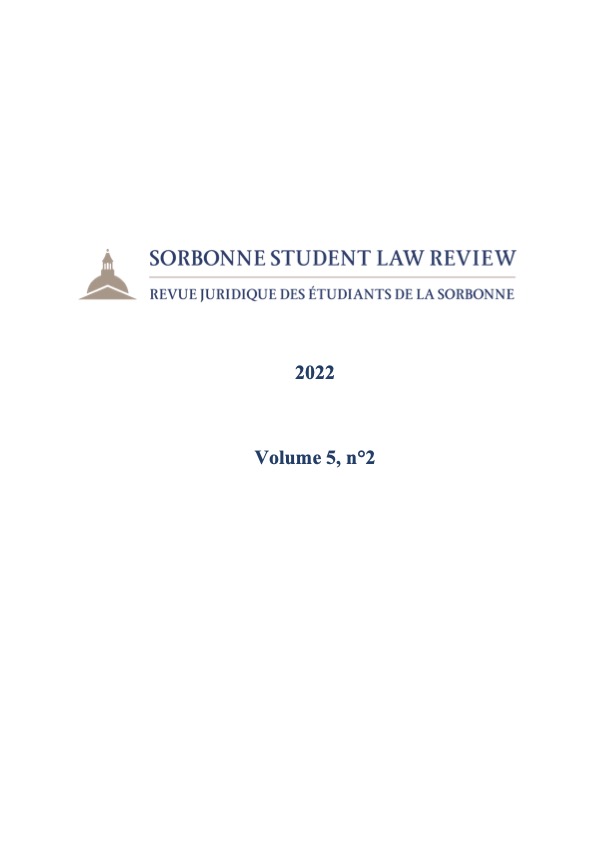 As we look back on the year 2022, it clearly appears as a year of rare wealth in terms of legal news, and it is difficult to single out the most striking elements. On the one hand, some shocking and - we hoped - dazzling events seem to be gradually becoming part of a new form of normality, such as the invasion of Ukraine by Russia. On the other hand, some events were thought to be relatively far from our European concerns but ended up splashing our democracies – such as the "Qatargate", which reveals a massive corruption system, extending to the members of the European Parliament.

Of course, as is often the case, such shocks can be a wake-up call, and provoke a sudden awakening of consciousness. Right after the shock wave caused by the challenge to abortion rights in the United States, it is the turn of Iranian women to rise up in defense of their freedom, at the risk of their lives. These events raise the question of the protection of these fundamental rights by law. In France, the answer was to include the right to abortion in the Constitution[1]. But the legal tools that guarantee the respect of individual rights at all levels are varied.

It is this diversity that we questioned at the occasion of the conference on "The emergency and the law", organized at the beginning of September by the Sorbonne Student Law Review. It was an opportunity for young researchers to exchange on legal tools provided by different fields and their adaptability to the emergency related to national and global issues. Although the transcripts are not included in this edition - we will have to wait for our next issue - the contributions made by our authors this semester give some hints in relation to this topic, and highlight the flexibility of legal mechanisms, which find varied - and sometimes unexpected - applications.

For instance, Anastasios Lafaras addresses the opportunity to put a private dispute resolution mechanism - commercial arbitration - at the service of general interest, especially when efficiency imperatives require it. Thus, arbitral tribunals are now allowed to rule on competition law issues ("La place de l’arbitrage dans l’indemnisation des pratiques anticoncurrentielles"). In the same way, Clara Grudler evokes the flexibility of European Union law and its permeability with respect to international law, through the establishment of an inter-institutional dialogue aimed at resolving the issue of cultural goods protection versus free circulation of goods among EU States ("La circulation des biens culturels dans l’Union européenne entre contestation et encadrement "). Conversely, Andrea Dias Bolivar demonstrates how instruments of economic pressure that allow developed countries to push for changes in less powerful States can be misused to serve a political coercion objective ("The U.S. unilateral coercive measures imposed in Latin America. A study based on the experience of Cuba, Nicaragua, and Venezuela").

In the end, if the flexibility of legal instruments is unanimous in these three contributions, their distortion appears as a dangerous downside. We can only hope for wiser practices from 2023 onwards. I will conclude by thanking our three contributors, as well as all the members of the reading committee, without whom this publication would not exist. Finally, I would like to thank all the editors of the Review for their work and wish you all a happy holiday season.

[1] Proposal for a Constitutional law adopted by the National Assembly to protect and guarantee the fundamental right to abortion, November 24th, 2022.