The role of lawyers is not to oppose change, but to accompany, guide and direct it, which first of all implies to understand it. Such is the theme under which this issue of the Review is placed, an issue shorter than the previous ones, but according to the obviously biased opinion of its Editor-in-Chief, just as interesting. Understanding change means, above all, having a relevant analytical framework to understand socio-political phenomena in law. This is precisely the purpose of the contribution of Grenfieth de Jésus Sierra Cadena, Professor of Public Law and Legal Theory at the University of Rosario (Colombia). His study takes a critical look at the main theoretical currents of constitutional law in the context of globalisation and proposes the construction of a regional jus publicum based on “the coordination, the orderly harmonisation of legal values and traditions based on a dialogue of judges excluding any legal or economic dogmatism”.

Understanding change also requires being able to understand its extra-legal modalities, even when they present a certain degree of complexity and expertise. This is particularly true in environmental law, where the development of a relevant regime is based entirely on the fundamentally evolving state of scientific knowledge. It is to this subject that Adeline Paradeise, doctoral student at the Sorbonne Law School, dedicates her contribution. Her article is part of a series on the theme of law and science that emerged from a conference organised last January at the Sorbonne, the following contributions of which will be published in the next issue. If it is impossible for the law to ignore science, should we go further and consider that the law itself is a science? This statement is obviously very divisive and can be declined into as many forms as there are authors to think about the concept. Synthesising the state of the art in this field is not an easy task and proposing an outcome is even less so. Yet, such is the aim of the contribution of Pierre Brunet, Professor at the Sorbonne Law School, who offers as an overture to the law and science cycle his “Variations on the ‘science of law’”. The role of the law is also to be a driving force for change. This is precisely the purpose of a contribution by Carlos Bernal, judge at the Constitutional Court of Colombia, who develops here the judicial strategies of transformative constitutionalism in terms of reducing poverty and inequality. This article translated into French by Arnaud Martin, lecturer at the University of Bordeaux, should obviously be read in parallel with Professor de Jésus Sierra Cadena’s contribution. This vision of a dynamic constitutionalism in the service of social progress, which in passing develops a constitutional doctrine of the “Global South” that does not always find the resonance it deserves on the old continent, is a source of inspiration for the lawyer.

Change is certainly about transforming, but it is also about reforming. This is the guiding idea behind the contribution of Yanis M. Bourgeois, a graduate of the Sorbonne Law School, who has chosen a prime target: the legitimacy challenge of international investment arbitration. The author proposes here a realistic and concrete approach to the structural and material weaknesses of the subject in order to propose reforms that are often essential. 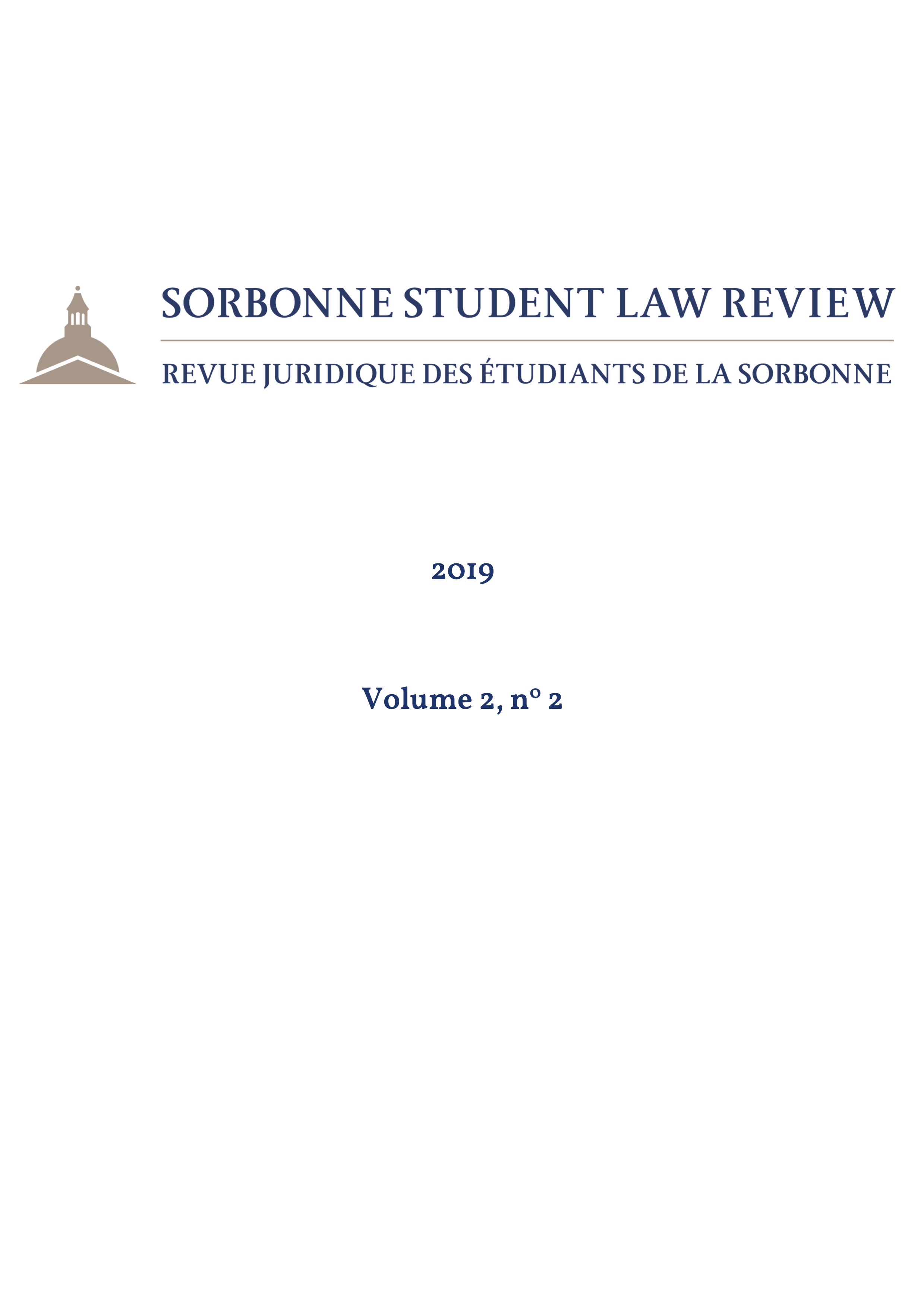 Paul Heckler
1 - 7
Editorial: It is time for a change
PDF PDF (Français (France))