Our next conference - The survival of Privileges: The box of the Duke of Choiseul's case 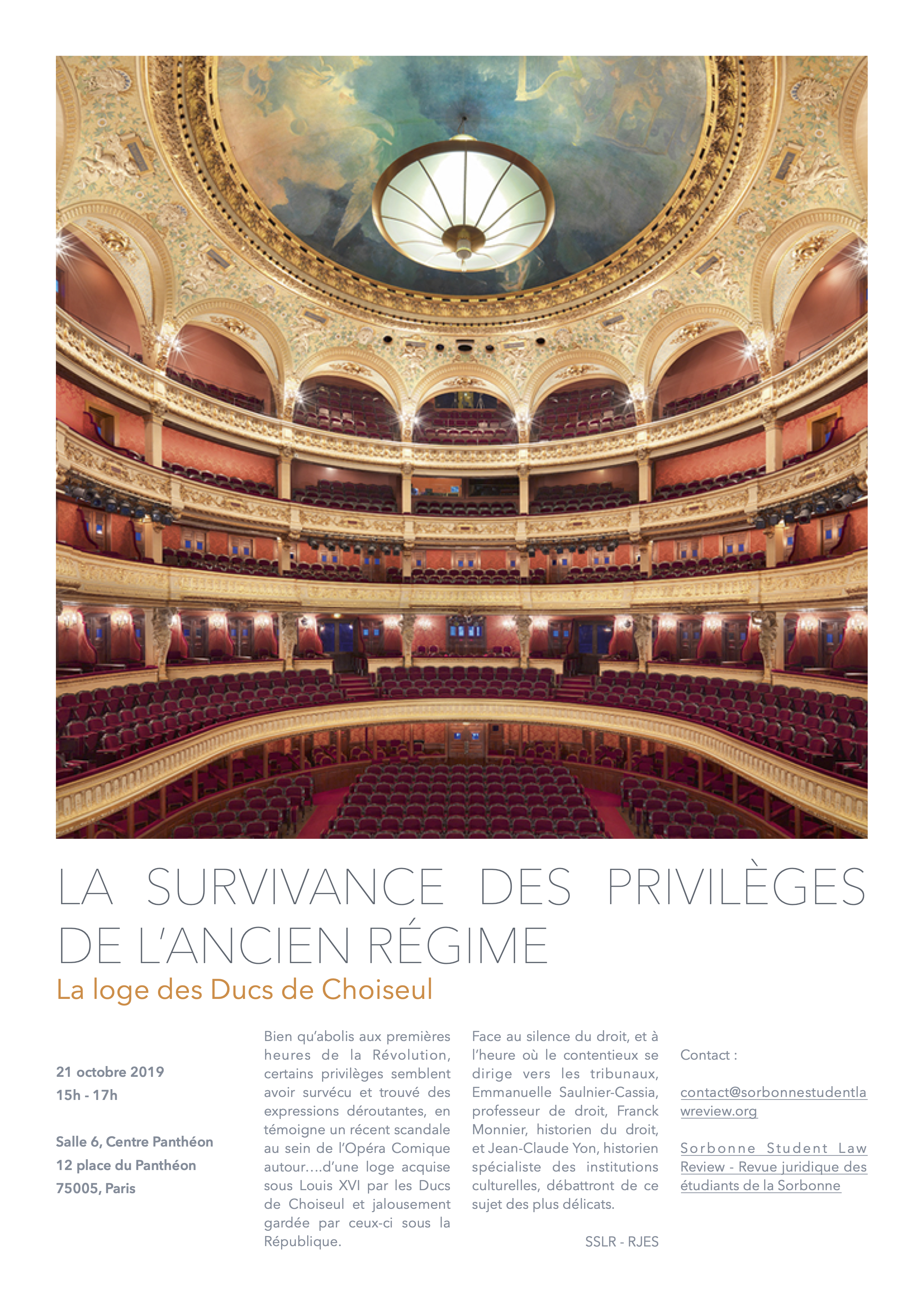 Although abolished in the early hours of the Revolution, some privileges seem to have survived and found confusing expressions, as evidenced by a recent scandal within the Comic Opera around....a box acquired under Louis XVI by the Dukes of Choiseul and jealously guarded by them under the Republic.
Faced with the silence of the law, and at a time when litigation is heading towards the courts, Emmanuelle Saulnier-Cassia, professor of law, Franck Monnier, legal historian, and Jean-Claude Yon, historian specialising in cultural institutions, will discuss this most delicate subject.